Vultures are critical to many ecosystems -- they help with "environmental cleanup".  As I've mentioned in previous posts, vultures in many parts of the world are critically endangered.  Today's BBC World Service included a fascinating piece on the causes of and (hopefully) solutions to the vultures' precarious position.  Take a quick coffee break and listen in!

So you slept through science class -- What's an HFC?

Last week, I wrote about the big agreement in Rwanda, and I promised to explain HFCs.  So as my German relatives once told me, "versprochen ist versprochen!" (a promise is a promise!)

Back in the 1970s and 1980s, the global community realized that the ozone layer was thinning, and that humans were a big part of the problem.  We focused in on chemicals called CFCs (chloroflourocarbons) which were commonly used in propellants and coolants.  Thanks to international agreements (Montreal in 1987 and Copenhagen in 1992), we've phased out or controlled the use of the ozone-depleting chemicals.  That's why the person who works on your car air conditioner or your home's heating and AC has to have a special certification for handling freon and other CFCs.

The good news is, we phased out CFCs and are starting to see some recovery of the ozone hole.  The bad news is, we replaced many CFCs with HFCs (hydroflourocarbons), which don't damage the ozone layer, but they do affect global warming -- in a BIG way!  You've probably heard of heat trapping gases such as methane and CO2.  Well, HFCs have over 1000 times the heat trapping potential of CO2!  Thus, the Rwanda agreement.

Here are some interesting facts about greenhouse gases that you might not have known:

A new take on a seasonal favorite -- pumpkin! 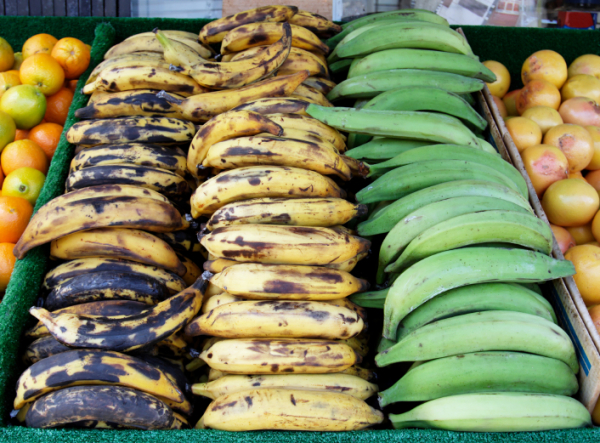 I love plantains, so imagine my joy when I saw a recipe for tacos with grilled plantains!  Not only are plantains tasty, they’re CHEAP!!  I made enough tacos for my family of 5 with about $1.50 worth of plantains.  This recipe comes from the Washington Post.  The only changes I made to the recipe were:
Other than those changes, the recipe stands as written by the “Weeknight Vegetarian” on April 13, 2015.

Ingredients
Instructions
Posted by Desiree at 8:53 AM No comments:

Remember to vote locally for the environment!

The Town of Vienna Community Enhancement Commission today received the Environmental Excellence Award from Fairfax County VA.  I'm proud to be a part of these hardworking folks who have accomplished much good for the environment, including: 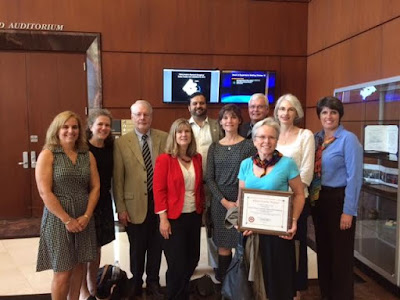 Posted by Desiree at 7:43 PM No comments:

Tweet
After 7 years of negotiation, an agreement that controls the use of HFCs was signed in Rwanda this week.  HFCs are a class of chemical used in refrigeration and cooling.  Although they're only a tiny fraction of the worldwide greenhouse gas emissions, they pack a big punch when it comes to climate change -- they can have over 1000 times the heat-trapping potential of CO2!  Next week, I'll post about the ozone layer, climate change, CFCs and HFCs.  For now, check out this article about this important agreement! 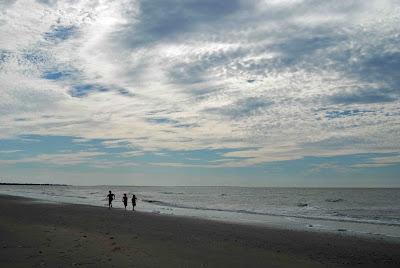 Posted by Desiree at 8:22 AM No comments:

Tweet
Have you forgotten why Meat-Free Friday is a great idea for the environment?  Be sure to check greenmomster’s post on the topic.

This week’s recipe is adapted from the November 2012 issue of Martha Stewart Living.  I made it for my family this week and it was a big hit!  Serve it with some soup and a salad, and you’ve got an easy Friday night meal.  Note:  I played fast and loose with the 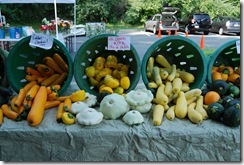 ingredient amounts for this recipe and it still turned out very tasty!


1)  Bring a medium pot of water to a boil, and generously season with salt.  Add celery and simmer for 3 minutes.  Add potatoes and sweet potatoes and simmer for an additional 2 or 3 minutes.  Take veggies out of the water and cool for about 15 minutes.
2)  Heat 2 tablespoons of oil in a skillet and cook onions until almost clear.  Add remaining oil, apples and veggies.  Season with salt and pepper.
3)  Stir the mixture and then press into a single layer with a spatula.  Cook for about 2 minutes.  Mix and repeat until the vegetables are soft.
4)  Remove from heat, stir in sage, and enjoy!

Want to get reminders of weekly meat-free Friday recipes?  Like us on Facebook!
Posted by Desiree at 2:59 PM No comments:

So you slept through science class -- What's a PCB?

PCBs are a group of over 200 chlorine-containing organic compounds that were used between 1929 and 1977.  They're very stable (meaning they don't break down quickly into non-toxic forms), they bioaccumulate, and they're non-flammable.  They were very popular in the past, being used as
In 1977, the U.S. Congress banned production of these chemicals after research demonstrated that they were carcinogenic (caused cancer) and could cause neurological damage to babies and children. Although these chemicals are no longer produced in the U.S., they remain in our environment.

Birds of prey, such as ospreys and eagles, are often the species that we think of when we're thinking about chemical contamination of the environment by PCBs, but humans can also be affected.  The Washington Post recently reported on activists pushing for PCB testing in schools.

Any greenmomsters live in school districts that have tested for PCBs?

Posted by Desiree at 2:11 PM No comments:

Why eat low on the food chain?  Here's why.

Love okra?  But what do you do with it after you've fried it, stewed it, and gumbo'd it?  Here's a great recipe I found in the September 2016 issue of Southern Living Magazine.  Not too complicated and very tasty!  Check it out:  Okra and Rice Casserole.

Posted by Desiree at 4:22 PM No comments: 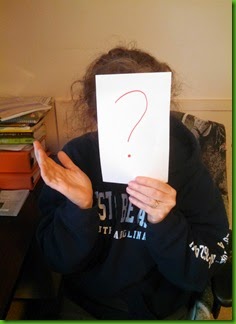 Fortunately, the candidates' websites cover a few of these questions, particularly those dealing with climate change.  So today is another debate and World Animal Day, and I've got a few follow-up questions:
Any other questions you would add, greenmomsters?