I just received some interesting information from a reader of Greenmomster!  Did you know that car covers can be recycled to make face masks?  Here's the latest (thanks Mason!):  https://www.carcovers.com/resources/how-car-covers-are-protecting-against-the-storm-of-COVID-19/

Posted by Desiree at 3:25 PM No comments:

Tweet
It's Mammal Monday and time to celebrate the zebra!  One species of endangered zebra is the  Grevy’s Zebra (Equus grevyi)! (image is from www.arkive.org) The Grevy’s zebra is one of three species of zebra and is found primarily in Kenya (95% of the population), but also in small areas of Ethiopia. According to the National Zoo, Grevy’s zebras can grow to about 990 pounds, with males being about 10% larger than females. They graze primarily on tough grasses found on the African savannah, and can live up to 20 years in captivity. The adults mate in August, September, and October and gestation lasts a whopping 13 months!

Estimated to have declined in population by up to 50% in the past two decades, Grevy’s zebras are on the IUCN’s list of threatened species primarily due to habitat destruction, human disturbance, and competition with grazing domestic animals. According to the authors of Wildlife Heroes (Scardina & Flocken, 2012), the social system of these zebras makes them particularly susceptible to threats: “Grevy’s zebras have a totally different social system than the more numerous plains zebra, which served them well in their ecological niche until resources and numbers began to decline. Breeding males remain on their territories year-round – sometimes even in times of severe drought. Females and nonterrritorial (bachelor) males will migrate to more habitable pastures. As fewer than three thousand Grevy’s zebra’s remain over thousands of square kilometers in northern Kenya and Ethiopia, the strongest, most territorial males are often left with a territory no females traverse. On top of habitat loss, water shortages, hunting pressures and human disturbance, this certainly makes a successful breeding season more difficult, so the downward population spiral continues.”

But Kenya and Ethiopia aren't the only areas where conservation professionals are working to protect zebras.  In Tanzania's southern highlands, 24 zebras were recently released (species and sub-species information was not available) into an area that lost it's zebra population 50 years ago.

A few reasons why we should care about zebra populations:
1) Zebras, wildebeest, and antelope participate in a complex migration each year. Zebras eat the toughest grasses first, which stimulates new, more tender growth for the next wave of migratory herbivores.
2) Zebras are prey species to carnivores such as lions and hyenas. Grevy’s zebras, in particular, expand the range of these carnivores by inhabiting areas that other zebras do not (Scardina & Flocken, 2012)
3) Saving zebras helps to protect other species that depend on this complex landscape.
Want to help protect the Grevy’s zebra? Adopt a Grevy’s zebra at the Cincinnati zoo or support the Grevy’s Zebra Trust, which works to employ members of the local community in zebra monitoring programs.

Posted by Desiree at 1:28 PM No comments:

Tweet
Here’s a great recipe I adapted from the March 2013 issue of Cooking Light(I made this version a little more chunky, a little lighter on the spices). Serve with Phil’s Cornbread – it’s what we’re eating tonight!

Ingredients
Instructions
1) Heat olive oil in a large pot. Add onion and jalapeno, and saute for about 5 minutes.
2) Add garlic and cumin; saute for about 2 more minutes
3) Add tomatillos, broth, water, salt, red pepper, black beans, and kale. Heat for about 10 minutes, or until the kale becomes tender.
4) Add the hominy for about 5 minutes and serve warm.
5) Garnish with sour cream, cheddar, and cilantro.
Serves a hungry family of five, with a little bit for leftovers!
Posted by Desiree at 6:29 PM No comments:

Vote, vote, and vote some more 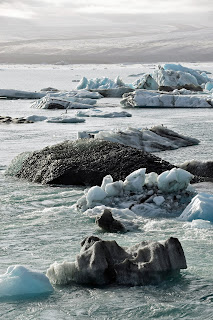 President Trump does not understand the science behind climate change, what climate change is, or the threat that it poses to all of humanity.  He proved this point during his recent interview with Lesley Stahl on 60 Minutes (transcript here). That's why we need to vote, vote, and vote some more.  Vote for any candidate who is willing to face climate change head-on.  Vote against candidates who bury their heads in the sand.  Vote.

Tweet
I print a lot.  Unfortunately, my job as a teacher requires printing various materials for my students, because not all of my students have access to a computer outside of school.  So I always print double-sided, and I try to recycling as much as possible. Not the best solution, but the best I can do....

Now there's something more I can try -- I can go garamond!  It turns out that some fonts use less ink than others, saving significant ink and money in the long run.  I think I'm going to mention this item to the next meeting of the high school's environmental club!

Posted by Desiree at 2:19 PM No comments:

Tweet
This new little film about how to help hedgehogs thrive in the U.K. reminds us of things we need to do here in North America too -- most notably, providing free access to habitat and not creating barriers such as walls and fences. Conservation managers call these free access areas "wildlife corridors" -- you may have seen them near highways.  I've written about the proposed wall along the U.S./Mexico border is an environmental disaster, but removing wildlife barriers is also something we can tackle in our own backyards.  And those hedgehogs really are cute!

Posted by Desiree at 4:51 PM No comments:

Tweet
It's Sea Otter Awareness Week, which means we have to celebrate!  I was born in Carmel, California, and the Monterey Bay area is always a favorite of mine. This week's mammal comes from beautiful Monterey Bay -- it's the sea otter! Did you know,

Posted by Desiree at 7:51 PM No comments: