So you slept through science class, part 2 – molecules, energy, and zebra dung! 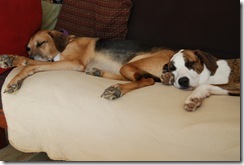 In the last post about the basics of science, we talked about DNA.  I mentioned that DNA is a molecule, and I outlined its structure and the mutations that can occur in this molecule.  Let’s back up a little this week – what exactly is a molecule (for those who always wanted to know, but were afraid to ask)? 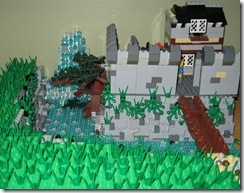 Science talks about something called “matter.”  “Matter” is anything that has mass and occupies space.  Thus, just about everything you can see and feel is made of “matter.”  If we continue to drill down, we find out that matter is made of building blocks called atoms.  Just think of atoms as the Legos in this picture, and the castle (matter) is made of atoms.  Science textbooks describe atoms as the smallest particle of an element that still retains all of the properties of that element.  But what is an “element”? We’ll get back to that in a minute.

When we look at atoms, we see many particles that make up atoms.  These particles are called “sub-atomic particles,” and we usually refer to three distinct “sub-atomic particles”  -- protons, neutrons, and electrons.  Protons and neutrons hang out sort of in the center of the atom (the nucleus), while the electrons fly around the nucleus.  The particles are extremely small, with electrons being the smallest.  To give some perspective to the relative size of these sub-atomic particles, (this is really cool…) think of the atom as being the size of FedEx Field or any other large stadium.  The nucleus, with its protons and neutrons would be roughly the size of a fly sitting on the 50 yard line.  The electrons would be about the size of a few gnats flying around the rest of the stadium!

So now we know that protons, neutrons, and electrons make atoms which combine to make matter.  But what about elements and molecules?

A molecule is simply the smallest particle of a substance -- any substance like water, DNA, or salt (compare that to an atom, which, as we said, is the smallest particle of an element).  At this point (the molecular level) , we’re mixing atoms of various elements to make new substances.  We’re no longer just dealing with elements, where every atom is the same.  Now we’re mixing various types of atoms to make things like water, DNA, or salt.  Molecules can be combinations of different atoms, or several of the same atom.
So, for organization of matter, we’ve got sub-atomic particles (protons, neutrons, electrons) –>atoms –> molecules.

At this point, my students are raising their hands and asking, “will this be on the test?”  I need to answer the all-important question – Who gives a flying flit about molecules and matter?  What does this have to do with environmental awareness?

Here’s why we care:
New reports often talk about chemical contamination in our food and water.  We read about air pollution or second-hand smoke that affects our lungs.  We hear about possible new renewable energy sources.  All of these topics are talking about molecules – scientists are working at a molecular level to answer questions and solve problems.  Here’s a great example – I was just reading an article by Guy Gugliotta in the New York Times about a possible new energy source – cellulose, a large molecule found in plant cells.  Researchers are looking for a microbe in the dung of various zoo vegetarians (giraffe, zebra, etc.) that provide a simple way of turning cellulose into a renewable energy source.  Research at a molecular level could provide a new, renewable energy source!
So there you have it -- molecules in a nutshell.  And, yes, nutshells are made of molecules.
Posted by Desiree at 9:07 PM