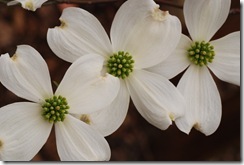 So this morning, I put on my old clothes, tied up my frizzy hair (which bugs really dig), spritzed myself with bug repellent, and headed out to do my once-in-a-while chore of weeding.  I freed the okra of the tangles of wild strawberry at their feet, and dug up some really stubborn bronze fennel that, although the butterflies like it, was threatening to overtake the raspberries (a pretty good trick, I must say).   I took a break to enjoy the hundreds of skippers nectaring on the Joe Pye Weed.  Then it was back to pulling the weeds that were choking the yarrow and black-eyed susans.

Despite the fact that I don’t find my happy place when I’m weeding, I’m thankful for the weeds.  Although my area of the country has been dryer than usual, we’re not suffering from the severe drought seen in the rest of the country.  We’ve had a hot summer, no doubt, but we’ve had rain unlike other parts of the country, which are suffering from relentless drought and heat.  According to the National Climatic Data Center (NCDC), 33% of the country is suffering from severe to extreme drought (using the Palmer Drought Index).  Reports were released from the NCDC just this week that July 2012 was the hottest month on record in the U.S.  Not a lot of weeds growing in much of the U.S., I'm guessing.

Climate scientists for decades have been warning us that this heat and other extreme weather events, including wildfires and storms, will become our new normal if we don’t get serious about climate change.  James Hansen, director of the NASA Goddard Institute for Space Studies, wrote a fascinating editorial in the Washington Post last week, explaining how these events are not likely attributable to chance – climate change is occurring and it’s largely a man-made phenomenon.  Unfortunately, as scientists have talked and presented paper after paper on the subject, our national leaders and, yes, those of us who vote, have been asleep at the wheel – pulling weeds and cursing their existence, instead of feeling thankful and trying to protect their environment.  As our national leaders slowly wake up to this issue (see the congressional members working to keep the windpower tax credit), here are a few actions that the rest of us (who can’t afford solar panels) can take to slow climate change:

As we wait impatiently for our national leaders to develop a reasonable energy policy for the country, let’s do what we can as individuals and try to be thankful for the weeds.