I volunteered at the National Zoo's Invertebrate House for several years, and one of the most fascinating animals was the octopus.  These creatures are smart, curious, and as you can see from the above video, can be fond of people!  The book The Soul of an Octopus by Sy Montgomery does a great job of describing what it's like to work with an octopus.  Here are 8 great octopus facts about the more than 200 species of octopus: 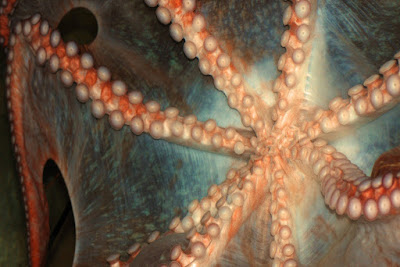 Sources:
Montgomery, S.  2015. The Soul of an Octopus.  A Surprising Exploration into the Wonder of Consciousness.  Atria Books;  New York NY.