I come from a military family.  My dad is a prior-enlisted, West Point grad who served 32 years, including two tours in Vietnam.  My brother served in the Army reserves and my husband in the Coast Guard 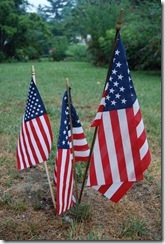 (where we met!)  I worked as a civilian with the Coast Guard for seven years.  I even had a grandfather in the German navy!  I may be a tree-huggin’, birkenstock wearin’, environmental blogger, but I’m also well aware of the service of our military personnel.  I believe that climate change is an issue about which military personnel should educate themselves and become active.  Here’s why:

Climate change is real; it’s happening.   And frankly, our military personnel will be some of the first folks to deal with the results.  Need a quick primer on climate change?  Check out the series of videos on the topic, “Don’t Just Sit There, Do Something.”  Here’s the latest edition

The others can be found at www.facebook.org/greenmomster.  Now is the time for military personnel, and those who love them, to get educated and get active to slow the effects of climate change!