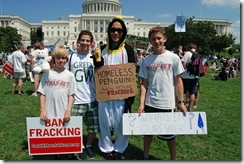 Well, it was toasty out there on the Capitol lawn and large protests are not this greenmomster’s favorite way of voicing my opinion, but joining the crowd at the anti-fracking rally (sponsored by environmental groups like the Sierra Club,

the Chesapeake Climate Action Network, and the Natural Resources Defense Council), was a great way to spend a Saturday afternoon.  If you want to know why our family joined the cause, check out the Stop the Frack Attack post; we felt that, despite the fact that we’re not a family that loves to chant in the streets (OK, maybe sometimes…), some causes are important enough to get out of your comfort zone.  The rally followed several days of lobbying on Capitol Hill, and included speakers from around the country, representing activist groups large and small.  After the rally, the crowd of several thousand marched into town to gather in front of the offices of the America’s Natural Gas Alliance and the American Petroleum Institute.   Let’s hope our voices were heard!  I’ve included a few photos from the day – as you can see, the greenmomsters were well represented! 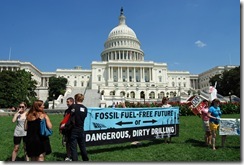 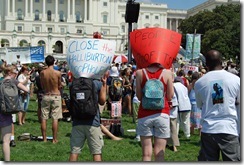 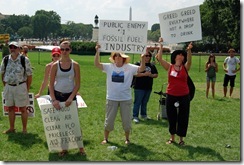 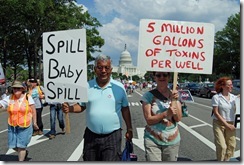 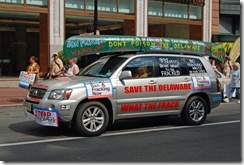