Tweet
Pin It
A new study conducted by researchers from the University of Washington, University of Oregon, and the Northwest Fisheries Science Center in Seattle (and reported on in Conservation), found that aquatic environments in some urban areas seem to have more species diversity than similar environments in less urban areas.  The researchers used DNA analysis to come to this surprising conclusion.

When I read this report, I immediately thought to myself, "well, that's probably because they have more non-native invasive species in the urban areas", but the researchers concluded that non-native invasives aren't the source of the diversity.  I found this study very interesting, because I've studied butterfly diversity along an urban gradient and also had somewhat surprising results.  We'll have to continue to study urban environments to more fully understand impacts on species diversity! 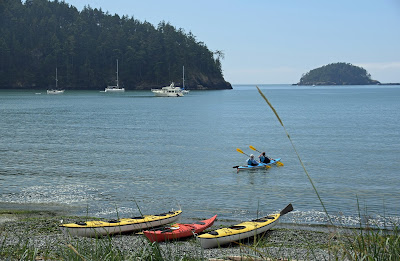