One of my favorite memories from the zoo is feeding giraffes!  These huge animals, with their incredibly strong legs and large hooves (as big as dinner plates!), can be so gentle.  Feeding giraffes gives you an up-close look at these beautiful creatures – those 18-20 inch prehensile tongues (designed to work around the thorns of Acacia trees) are pretty impressive! 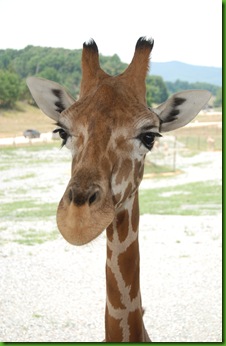 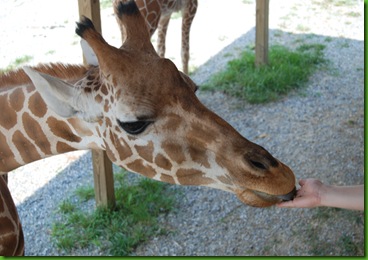 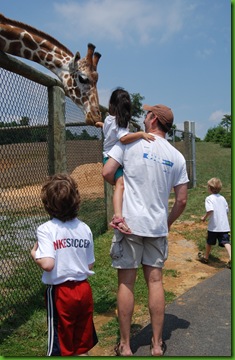 Check out this video to see that prehensile tongue in action!  And did you know that giraffes have the same number of cervical vertebrae (neck bones) as humans – 7?

Here are some more fun facts about giraffes, provided by the Giraffe Conservation Foundation:

Unfortunately, the current conservation news about giraffes isn’t all rosy.  An article in Scientific American reported that populations of giraffes have decreased by 40% in just the last 15 years.  This decline hasn’t been publicized in the news as much as the loss of other big mammals (think African elephant).  The IUCN Giraffe and Okapi Specialist Group will be pulling together data in the next few years in order to quantify the giraffe’s status and make conservation recommendations.  Want to get involved?  Check out the Giraffe Conservation Foundation’s website for ways to help.