This has been a tough winter for me and my lungs.  It all started slowly back in October; I thought I’d keep things under control thanks to the recommendations of friends for various herbal and homeopathic treatments, with a little albuterol on the side.  Then things took off like wildfire. 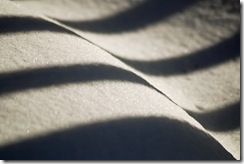 For months now, I’ve been struggling to keep the asthma under control.  Despite being otherwise very healthy (training for a half-marathon with doctor’s approval), I still cough until I throw up and daily take a concoction of medicine that leaves my stomach burning and my head spinning.

So why mention this asthma issue on an environmental blog?  Asthma definitely has genetic links – some of us are just more prone to this condition, thanks to our DNA.  But asthma also has a very heavy environmental component.  A while back, I posted about asthma, its environmental sources, and what we can all do to help.  I thought I’d repost this information, since I’m guessing I’m not the only one coughing and wheezing my way through winter.  I hope you find this info helpful!

It was about 2 am and there I sat, waiting, listening, and hoping that my son’s asthma medication would take effect quickly.  Our family has three of the approximately 34 million Americans with asthma.  That’s roughly 10% of the U.S. population, according to the American Lung Association.  Asthma is an inflammation of the airways, making it difficult to breathe.  Asthma has significant health and economic effects:

So what triggers asthma and asthma attacks?  First off, asthma is a family affair.  Children with parents who have asthma are more likely to have asthma themselves.  A predisposition for having asthma has been found to be passed down genetically.  Now, just because a person has a predisposition, that doesn’t mean they’ll actually get the disease.  But if they do, what might set off an asthma attack?  Allergies often lead to asthma (dust mites, molds, pollen, etc).  Virus and bacterial infections can lead to asthma symptoms (often, a person with asthma will begin to wheeze or cough if they get a cold).  Some people have exercise-induced asthma.  Others get asthma attacks due to certain foods or drugs.  But asthma can be triggered by something else.  Asthma can be triggered by pollution.  Pollutants such as particulate matter, sulfur dioxide (SO2), and ozone (ground-level ozone, that is) have been shown to increase the occurrence of asthma attacks, particularly in children.

What types of activities produce these pollutants?  The small particles that might affect the lungs are produced from the chemical reaction of pollutants from power plants, industries, and automobiles.  Sulfur dioxide is most commonly produced from the burning of fossil fuels (coal and oil), as well as cement production.  Ozone isn’t usually emitted directly as a pollutant; it’s formed by the action of sunlight on NOx which comes from car exhausts, fuel combustion, and industrial processes.

Beginning to see a trend?  The pollutants that cause the most problems for asthmatics come from our cars and our power plants.   Limiting discharge of pollutants will protect children and other people affected by asthma.  Will it raise our fuel costs?  Possibly.  There’s some conflicting information as discussed by the Edison Electric Institute and theCongressional Research Service.  Full disclosure, my husband works for an energy company, so I’ve heard both sides of the argument.  But let’s look at it this way – someone has to pay.  Should we, the users of cars and power from fossil fuels, each pay a little more for a cleaner environment, or should we ask the payment to be made by the most vulnerable – our children, individuals living below the poverty level, the elderly?  My son’s asthma is controlled with medicine and attacks are infrequent, but others are not so lucky.

What can one person do?  Get educated about efforts to limit discharge of these pollutants to the environment.  Contact your legislators/local industries/power producers regarding this issue – let your opinion be known.